This browser is not supported!

To view this page, please update your browser. 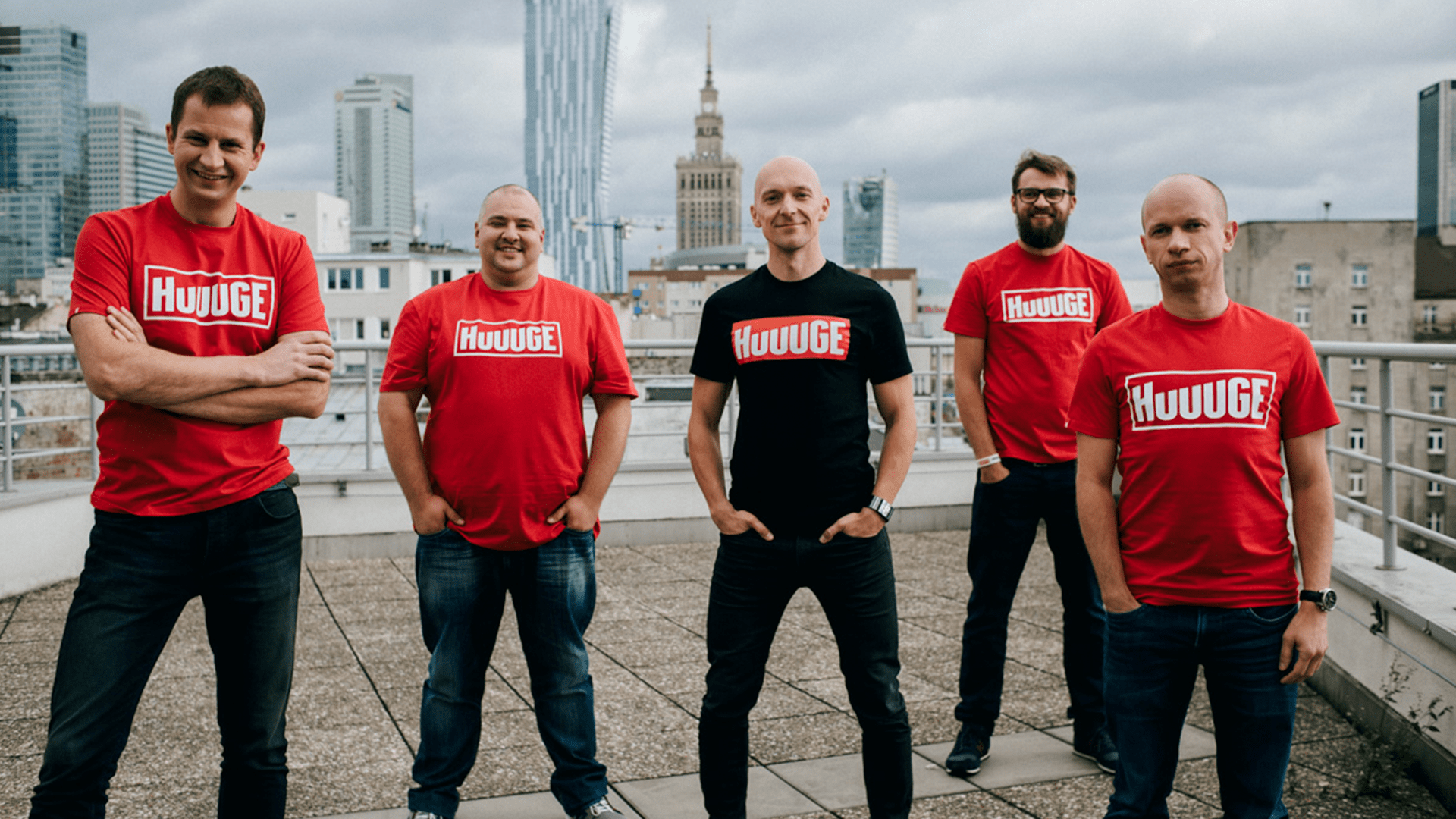 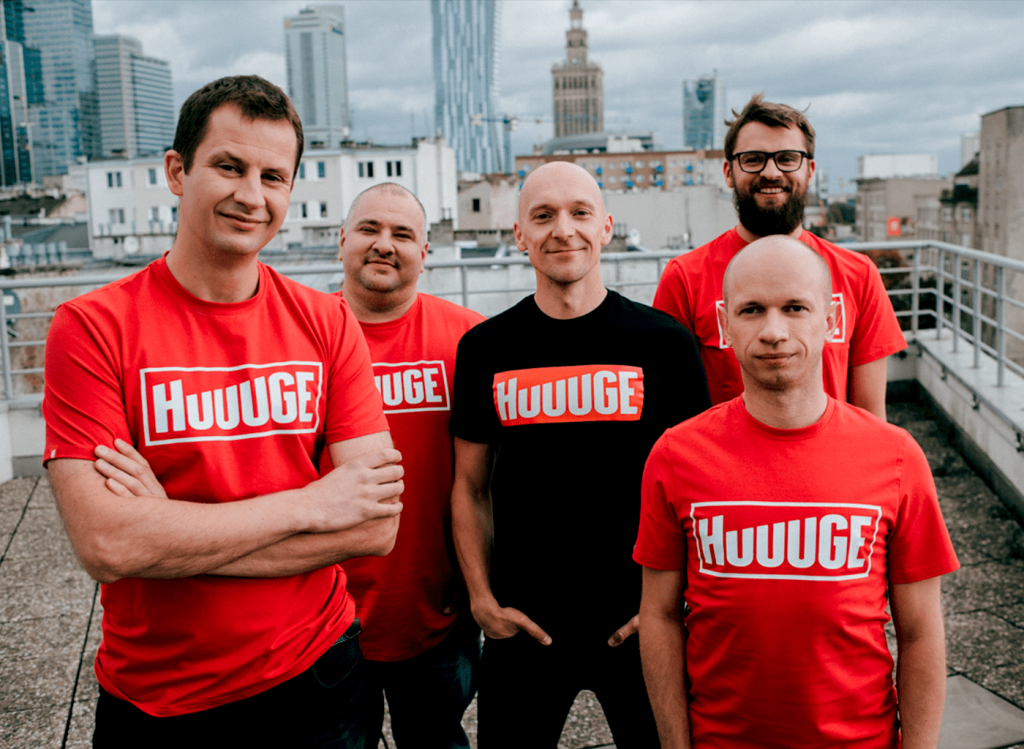 Anton loves games and believes they have taught him more than any of his academic studies.

He learned his ﬁrst English words as a 6 year old kid when playing Lords of Midnight on his ﬁrst computer, a Commodore C64. Anton grew up playing countless other PC games while dreaming of having his own game company, which eventually came true.

He started his ﬁrst business at the age of 19 while studying economics & e-commerce at university. Since then he has founded companies in Finland, Poland and Silicon Valley.

He established his ﬁrst mobile gaming company Gamelion during the early mobile game era in 2002. Sold it in 2007 only to buy it back and re-unite the team years later in 2014 and open Huuuge Games.

Joined the team in 2006, teaming up with Gamelion due to his passion for developing games.

Sebastian comes from an entrepreneur/start-up background and has a deep understanding of technology – his credentials include the development of one of the 1st multi-player platform for mobile games for Exit Games GmbH. Prior to joining Gamelion, he served as Head of Mobile Services at Openknowledge GmbH. Between 2000 and 2006 he was involved in projects as server and mobile engineer for Germany-based IT companies. Sebastian holds a B.Sc. in Computer Science and Economics from the University of Oldenburg in Germany.

When Anton Gaufﬁn moved to Silicon Valley and took the position of President of BLStream Inc., Sebastian was promoted and became the CEO of Gamelion Studios. In that role, he started taking care of the marketing & paid user acquisition efforts of the company hands-on. When the team was re-united and Huuuge started operations, Sebastian took the COO and later the CMO position, which on day-to-day level includes leading the marketing, distribution and analytics & business intelligence operations of the company.

Joined the team in 2007 as a Studio Manager, with the goal of establishing a new studio in Bydgoszcz and scaling it quickly, to support the company’s ambitious growth. Marcin achieved the objective quickly, by gathering a team of 25 game developers and artists.

Later he acted as Executive Producer for some of the key customer projects and when Gamelion refocused its operations on development of their own games and own intellectual properties, he took on managing all production processes, making the cooperation between in-house development teams, outsourcers and the IT department as smooth as possible.

Prior to joining the team, from 2004 to 2006, he was working as a software developer in the ﬁeld of digital document management systems. Before that, he was developing games for various platforms and companies, ofﬁcially starting his professional career in 1999.  Marcin holds a B.Sc. in Computer Sciences from the College of Computer Science of Lodz, Poland.

At Huuuge Marcin leads the Bydgoszcz Studio and also oversees the R&D and IT teams, which includes all engineers of the company. Fluent with tech, platforms and programming languages, nowadays focused on growing the Huuuge team for future endeavours.

Wojtek is a passionate gamer, who has been spending his time playing games, ever since he ﬁrst got his hands on a ZX Spectrum when he was 5 years old.

He joined the team in 2006 as an intern flash developer. After a few months, his career started to grow at a breakneck pace. Wojtek helped develop and joined the ﬁrst QA team at Gamelion, where he was eventually responsible for delivering the company’s ﬁrst porting projects to external clients. In time, he became the Post Production Manager, gradually amassing more responsibilities within the company.

When Gamelion refocused on the development of their own games and intellectual properties, Wojtek became lead Producer, responsible for the design and development of Gamelion’s ﬁrst major free-to-play titles. His track record includes over 50 completed projects, including the company’s own games.

Once Huuuge started operating, Wojtek took the position of VP of Product, where he is leading Huuuge’s product team. Wojtek has a Master’s Degree in Economy and IT from the University of Szczecin, Poland.

One of the ﬁrst serious decisions in Marek’s life before starting his studies was to choose between pursuing his interests in information technologies and following his ﬁnancial acumen. Finally, Marek chose ﬁnance but computers and especially computer games always played an important role in his private life and career.

After graduating from the Warsaw School of Economics, Marek gained his ﬁrst professional ﬁnancial experience through the Management Development Programme in PZ Cussons. A bit surprisingly, during his studies Marek worked even as a part-time IT helpdesk specialist. Later he developed professional skills and ﬁnancial controller competencies over a 5 year, dynamic career in one of the top FMCG companies: Reckitt Benckiser. In 2012, a headhunter working for a VC put Marek in touch with Gamelion Studios. Marek took the Finance Director position in the team and started leading ﬁnancial operations and the ﬁnance team in the company. In 2013 he completed ACCA studies and became an international chartered certiﬁed accountant.

Once Gamelion relaunched as Huuuge, with the rapid growth of the business Marek’s role evolved to VP of Finance. Currently, he is in charge of ﬁnancial, legal and administrative operations within Huuuge.